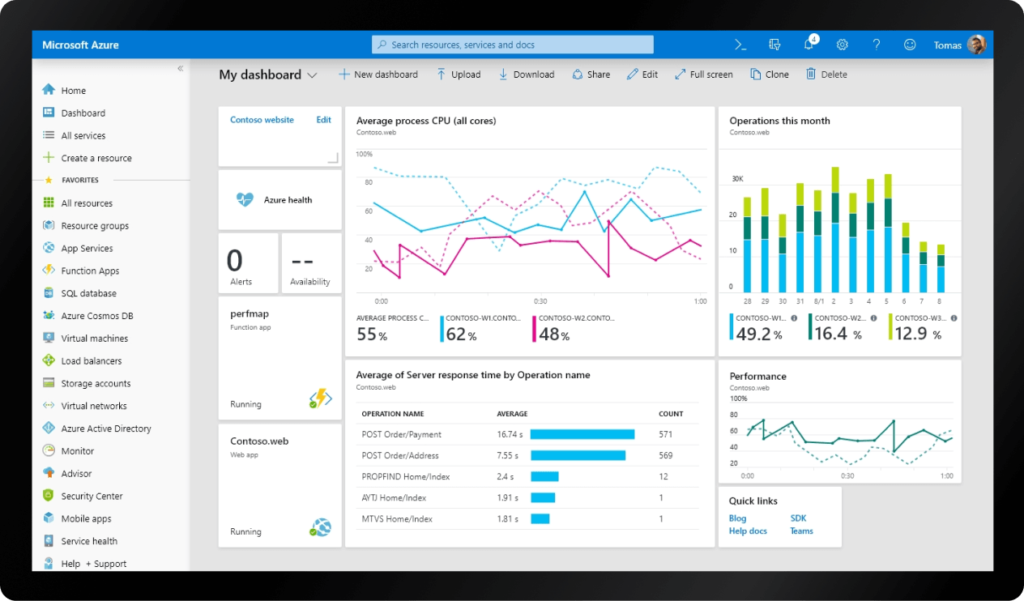 Gartner isn’t the only technology research group that classifies Microsoft as a Leader. Forrester Research has also named Azure Sentinel a Leader in its recently released report, The Forrester Wave™: Security Analytics Platform Providers, Q4 2020. The Forrester Wave is similar to Gartner’s Magic Quadrant chart in that it classifies technology vendors on a scale ranging from Challengers to Leaders. This is based on a combination of strategy and current offering. So, as with the Magic Quadrant, the goal is to land a spot as far to the top right of the graph as possible—the Leader area.

Vice President of Cloud Security Eric Doerr said in a recent Microsoft blog post that the company is especially honored to have earned the highest Strategy ranking (the point furthest to the right on the chart), because it’s a core value of the team “to do more with less by offering a different path forward than traditional, on-premises SIEMs.” The cloud-based model allows customers to redirect efforts from on-premise management toward improving strategy and value, as it has done for the IT consulting company Avanade. It also frees up resources from unnecessary infrastructure since you can pay for it according to the resources you actually need.

Microsoft announced several new innovations for Azure Sentinel at the Ignite 2020 conference. Among them were these announcements:

Other Forrester Findings on Azure Sentinel

Forrester also recently published a Total Economic Impact™ (TEI) study that found Azure Sentinel to give a return on investment of 201% over three years, reducing costs and saving time. Check out our article with details on what Forrester found in that economic study. Also see the Forrester Wave for Cloud Security Gateways, Q2 2021.