You’ve probably heard about NFTs becoming one of the next big things in the digital world. Non-fungible tokens, as the full name goes, are a way to attach scarcity to digital items—thus creating value. This allows for them to be bought, collected, traded, invested in and so forth. But since they’re also non-tangible, this concept can sometimes be a challenge to wrap your head around. What are NFTs exactly, and how do they work? Why do we even need to create this artificial scarcity? Here’s a quick dive into this growing trend and what people are doing with it.

The Lowdown on Non-Fungible Tokens

The fun word “fungible” means replaceable with another same item of equal value. For example, a $10 bill is typically fungible with any other $10 bill. It doesn’t matter if you trade yours with someone else’s—you still end up with ten bucks. But if you have a $10 bill that’s been signed by a big celebrity, or one with a solid serial number like all sevens, it could now be worth $1,000 or perhaps even much more. Such rare and unique bills would be non-fungible.

The “token” here refers to a digitally minted certificate of authenticity recorded on a public blockchain. That blockchain (also called distributed ledger technology, or DLT) is an unchangeable, permanent record of transactions. So once a unique certificate of authenticity (i.e., a non-fungible token) is made for a digital item, that item becomes unlike any of its copies. It’s the original—equivalent to an original painting in the physical art world—both of which are worth much more than any visually similar copies or prints. While these items can be replicated an infinite number of times, there is only one original, and it’s non-fungible. Another note about the word “token” is that it isn’t the digital artwork or item itself, but a token that represents its authenticity. (Just like how a verifiable credential such as a driver’s license stored on a blockchain wouldn’t actually carry the identifying information, but rather the certificate of authenticity of a person’s license to drive—it’s the proof that the thing is legit, not the thing itself.) So if someone purchases an NFT, they are really buying the certificate of authenticity for the “original” item.

The Jaw-Dropping Power of an NFT

NFTs are popular in the digital art world, allowing artists and creators to make money the way they would with physical media. Without something like this, it could be hard for digital artists to find decent compensation. What you may have noticed about the internet, though, is that people upload all sorts of stuff—and anyone can do it. Sometimes a simple meme, however badly written or misinformed, goes viral. It isn’t necessarily aesthetic beauty or time invested that makes a piece of work valuable—it’s just however popular it becomes, which influences how much the next person will pay for it. So NFTs can really be almost anything that people might find cool and want to “own” like art.

NFTs have appeared as a Pringles virtual flavor (“Can you taste it? No. Can you enjoy it? Yes.”) and Charmin’s NFTP picture of a toilet paper roll enveloped in springtime freshness. One guy even recorded himself farting and sold it as an NFT for hundreds of dollars. (Have we completely progressed into one big mind of a potty-obsessed child?? Perhaps a topic for another blog.) Copy of Charmin NFTP artwork (Not the original.)

Some of these things can make non-fungible tokens seem like a farce, or one big April Fool’s Day joke. Really, though, they’re just an extension of the already unbelievable paradox of monetized trade that we’ve been doing for centuries: something that doesn’t even physically exist can have such a real impact on people’s lives. Money that isn’t backed by gold is, in a sense, just an agreed-upon figment of our imaginations—and yet those who don’t have enough of it can starve.

It isn’t all so grim, though. One upside to NFTs that seems to be fairly common is for the creator to donate funds from purchases to a cause that could really use it. (That’s what Charmin is doing with sales of its NFTP artwork, as you can see above.) It’s a crazy world we live in, but if that craziness leads to good, maybe it’s a way to have a laugh while shuffling someone’s superfluous cash over to a place that needs it more.

How Are NFTs Bought and Sold?

For those who want to raise money for a cause, sell digital art, or just try their hand at some risky but potentially high-reward investing, there are a few things to set up to take part in this. Sellers and buyers need to have a crypto wallet such as one provided by Coinbase. Then, they’ll purchase cryptocurrency by transferring money into a digital economy account—most likely with Ethereum, which is the leading NFT blockchain platform. Finally, they can use a digital martketplace such as OpenSea or Rarible to upload, create NFTs, and manage sales and investments. One should note that fees are high for using these platforms, so even if users don’t make money on them, the providers will. 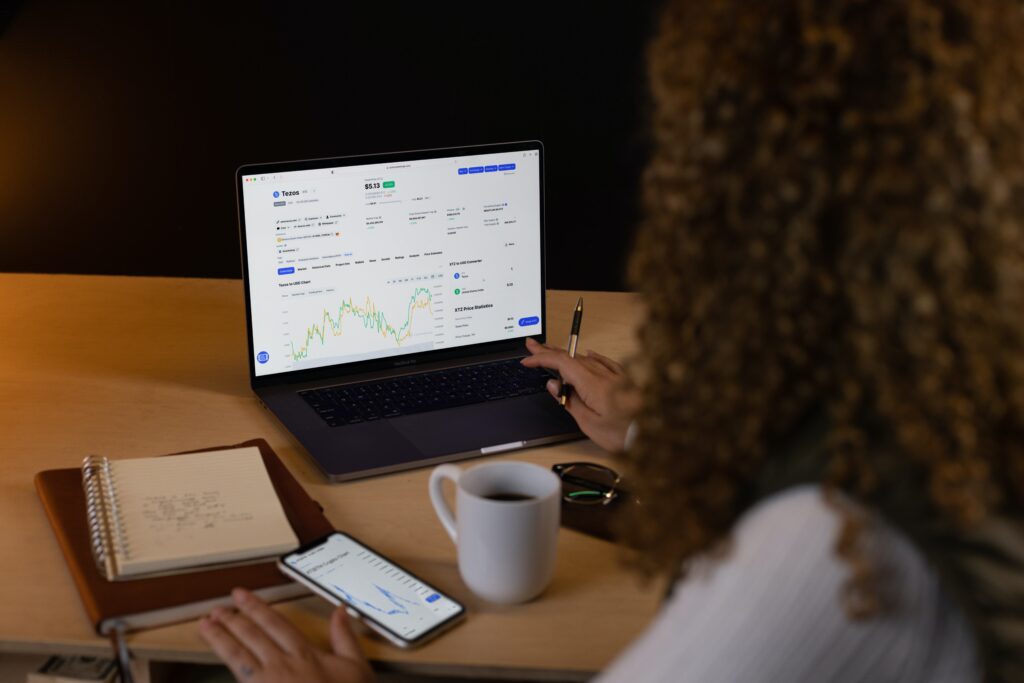 Will NFTs Become a Way of Life?

Many people question whether NFTs will be a passing fad or a new evolution of how we do things. The hype may eventually pass, but over time that could mean that it settles into a broader, less trendy sense of normalcy. According to Gartner’s Hype Cycle chart, new technologies tend to have a big, steep hype peak, followed by a “trough of disillusionment,” and then end up plateauing somewhere in the middle as the technology becomes less exciting but more widely used. This may turn out to be the case with NFTs too. In the end it’s all determined by how much value people perceive in it—and that can be unpredictable.